I’ve done it! I’ve finally convinced Max to do a post with me, after about a year and a half of blogging. In-keeping with the general tone of December posts, we’re going to be doing the festive boyfriend tag! I think I’m going to do it so we’re both answering the questions, I tried to find more gender-neutral ones so that’s possible. I’m not sure if that’s how this tag are done, but oh well. It is now! 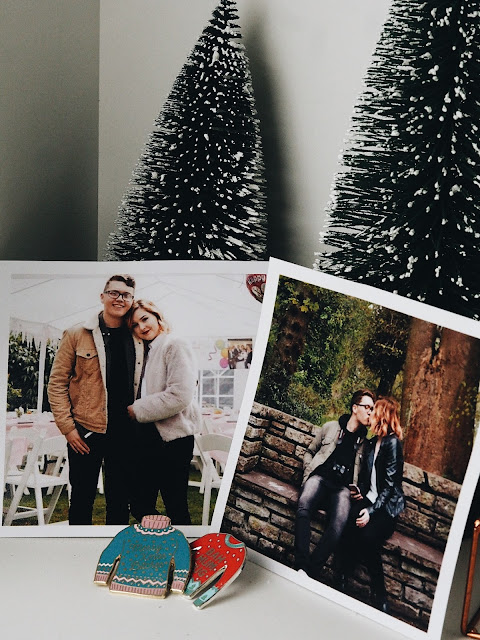 1. When was your first Christmas together and what did they buy you?
LAUREN: Our first Christmas was 2014 I think, I genuinely can’t remember what he bought me. Nothing too big, a candle from Winter Wonderland or something with an elephant on it. We had just started dating a few months before Christmas so we didn’t go all out with the gift giving just yet.
MAX: *laughs* Well…it was like 2014 was it not? And she bought me nothing.

2. What’s the best gift you’ve received from them?
LAUREN: I use my Modern Renaissance palette almost everyday so that’s up there with my favourites. Anything he’s gotten me that has an elephant on it, I treasure. My elephant cuddly toy sleeps in my bed with me every single night and more often than not I sleep in the ‘Mother of Dragons’ tshirt he got me.
MAX:*sighs* You. Just kidding, one time she got me Chinese. She took me to Amsterdam and that was awesome because of the delivery, she wrote it in the Anne Frank diary and it was pretty cute.

3. What’s been your favourite Christmas moment?
LAUREN: Definitely in 2015 when I told him we were going to Amsterdam as his Christmas present. I think I genuinely cried at his reaction because it was genuinely just magical, I wish I’d filmed it! Apart from that, I love when we sit down with my family on Christmas Eve and open our Christmas Eve boxes together. That’s pretty special.
MAX: What like, ever? In my whole life? (Me: ….no?! With me?!) Just Christmas in general. It was nice when we went up to Moness just after Christmas and it was all snowy.

4. What’s their favourite Christmas film?
LAUREN: Die Hard. And I have already said I’ll watch it this year if he watches one of my favourite films with me; I’ve been told it’s very good but I’m still somewhat skeptical.
MAX: Polar Express, ya minger. (wrong)

5. What’s your biggest Christmas pet peeves about each other?
LAUREN: He asks for ideas for what to get me, I’ll give him plenty, and he still says he has no ideas for me. If he doesn’t like something on my list, he won’t get me it. I give you ideas for a reason, pal. *eye roll emoji*
MAX: She spends way too much on me. She is the most difficult person to shop for because I don’t read her gift guides. 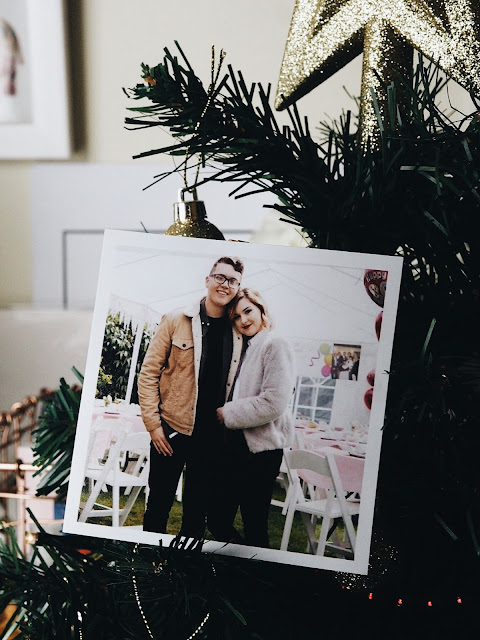 7. If they could invite one person to Christmas, who would it be?
LAUREN: Ooh, I don’t actually know. Someone to do with cars or maybe his Gran. I don’t know whether he’d go for someone famous or someone in his family. I DON’T EVEN KNOW HIM.
MAX: I don’t know…Santa. Nah, that’s shite. Probably the guys from Buzzfeed Unsolved or something.

8. Do they still believe in Santa?
LAUREN: I would be seriously worried if, at almost 19 years old, he still genuinely believed.
MAX: Yeah!

9. What’s their favourite part of Christmas dinner?
LAUREN: I’d probably say all of it – he gets 2 Christmas dinners and you don’t get 2 if you don’t really, really love it.
MAX: Ehh, the dinner. I don’t know, she’s weird so probably like the gravy. She eats the granules.

10. What advice would you give to a new couple celebrating Christmas for the first time?
LAUREN: Make time for each other on Christmas Day to exchange presents – there’s been more than one year when we haven’t made time for each other on Christmas and it doesn’t end well. Even if it’s just an hour in the evening, it makes the day that little bit more special.
MAX:Don’t go overboard with joke gifts. I dunno.

I’ve copied the questions below so it’s easy enough for everyone else to do it as well – it was quite interesting! Hopefully it doesn’t cause too much of a rift between you all…Leave me a link if you do the tag, I love being nosy and seeing what other people hate about each other at Christmastime! 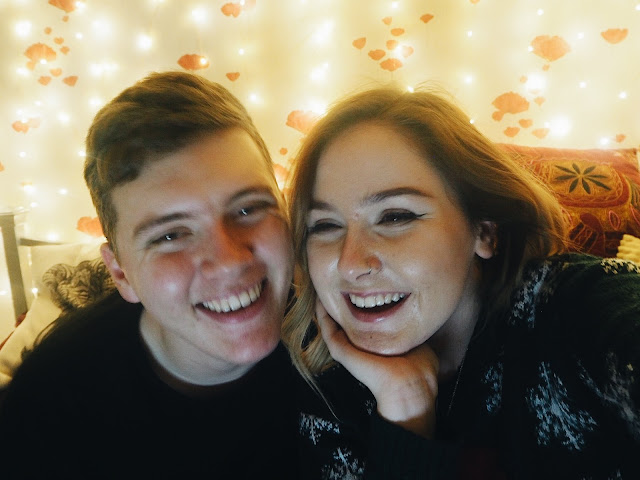 Why i dislike christmas
WHAT I GOT FOR MY BIRTHDAY