So I published a post a while ago about losing my love for makeup; it all came across as very dramatic but the gist of it was I just couldn’t be bothered to put any effort into my makeup whatsoever. It was the bare minimum and that would do me. There’s one brand in particular that has re-instilled my faith in my abilities and I’m slowly beginning to get a bit more creative with my makeup and trying to put a bit more effort in again. 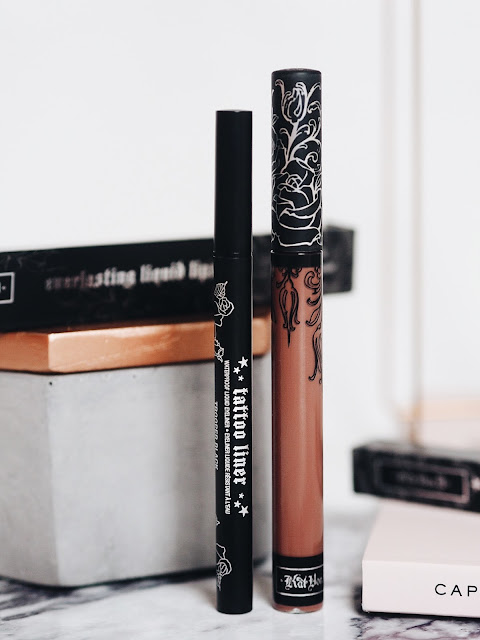 I subscribed to Cosmopolitan magazine a few months ago purely just to get 2 Kat Von D goodies for £12. Bargain hunter, am I right? I’m so glad I did this, even though they took so long to arrive that I actually forgot about them. They were absolutely worth the wait and I’ve found some new holy grail products – the Tattoo Liner and Everlasting Liquid Lipstick in Lolita. 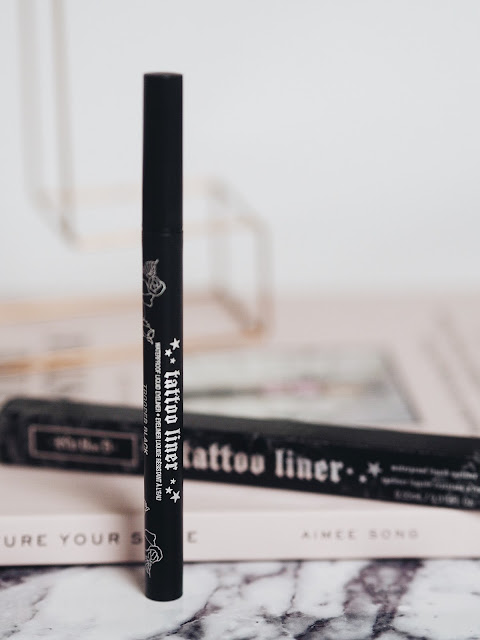 In my previous post, I complained about how lacklustre my winged liner abilities were, so I very rarely even attempted it. When I did, it would always smudge and end up looking awful by the time the day was over. I think this is where my main issue with makeup came from – I hated my eyes with minimal makeup but I didn’t have the time or patience each day to struggle with doing winged liner, so I stopped bothering with anything other than a basic base. The Kat Von D tattoo liner has completely changed my life because of how phenomenal it is. I had heard amazing reviews, to be fair, but I’m rubbish at buying makeup and always go straight for clothes instead, so I never bothered picking it up to try. 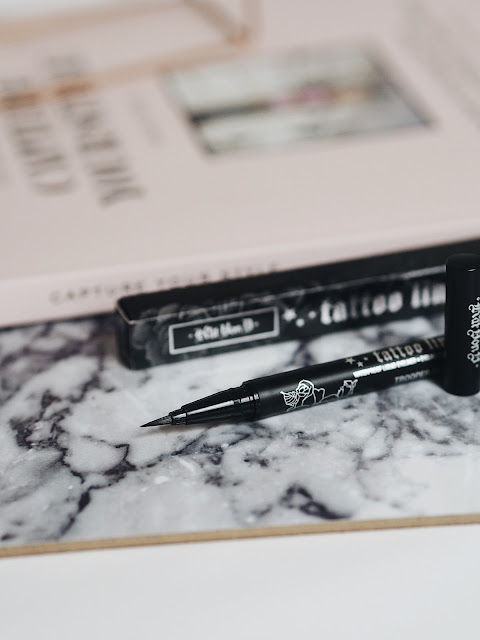 It’s a pen liner, which I definitely prefer, and the top is so thin which makes it ridiculously easy to manouvre and achieve that perfect wing shape. I tend to start off really small and build it up, instead of going in big and having it all go wrong. It also doesn’t smudge at all throughout the day, which I’ve found with most other eyeliners. To be honest, I can’t see myself using any other liner again because this is the best I’ve tried. The top is a little weird, if it’s not clicked on properly it’ll just spring right back off, so I’m a little worried about losing it. It’s a good tactic, really, because then you can’t end up leaving the cap half off, resulting in it drying out. 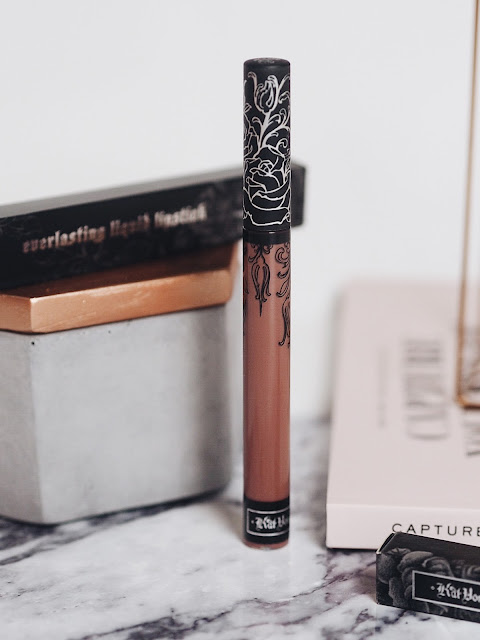 I have a very love/hate relationship with liquid lipsticks, and I’m always hesitant to try out new ones and just stick to what I know works for me. It’s like a lucky dip, you never know if it’s going to work really well for you and be comfortable to wear or if it’s going to make your lips feel like they’ve been left out in the desert for a few weeks. As with what I said previously, I gave up with most makeup besides the basics, so most of my lipsticks were bundled into a drawer and not touched for a while. The 2nd gift I got with my subscription was the Kat Von D Everlasting Liquid Lipstick in Lolita, and boy am I excited about it.

This is the best liquid lipstick I’ve ever tried. A bold statement, I know, but I’ve tried my fair share of liquid lipsticks – I think I even prefer this to my NYX Soft Mattes. I know that not every formula works for everyone, some people will hate the formulas that I love, but I strongly believe that I need every shade of these. It is a matte formula so obviously it’s going to be drying to a certain extent, but it doesn’t feel like it’s about to crumble off or crack every time I smile. It’s so comfortable to wear, I honestly forget I have it on. It’s ridiculously long lasting as well, I barely have to reapply it after eating which is some sort of witchcraft, I swear. I didn’t think this shade would suit me because it’s a bit darker than what I usually go for, but I am loving it! Basically, get me to a Kat Von D counter to swatch the shit out of these.

Have you tried any Kat Von D products? 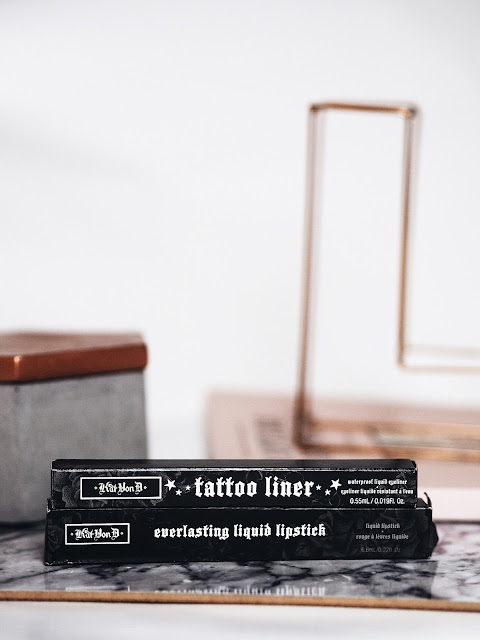 AUTUMNAL JUMPER EDIT
GOOD ME BAD ME BY ALI LAND