I’m not a massive drinker, I never really have been, and I very rarely drink cocktails because I’ve never been able to mix my drinks without crying and thinking I’m going to be sick after one drink, but I could not turn down an invite to Edinburgh’s hottest cocktail event.

It was held in Mansfield Traquair, a beautiful hall that had been filled with 18 of the most aesthetically pleasing pop up bars courtesy of some of the best bars in Edinburgh. I didn’t sample all the cocktails on offer because I wouldn’t have been able to walk, but I sampled a LOT and I’d also tried a few at the press night a few weeks earlier. 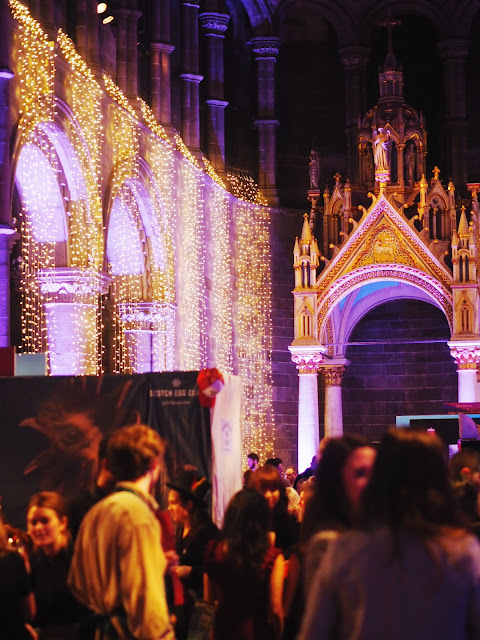 We started off at Juniper bar, trying out the cocktail they’d created with Fair Gin. I tried Fair Play at the press night and it was one of my favourites, it’s very pink and sweet and lovely. It also came with a side of goats cheese flavoured popcorn, which I thought was actually quite disgusting so they gave my white chocolate and vanilla flavoured instead, and that was 100% not disgusting. I could honestly eat a bucket of that stuff. I thought the guys at Juniper were so lovely, as with most of the bar staff from the night, they talked you through the cocktails and just generally chatted with you about stuff, it makes all the difference. Fair Play made me believe that gin CAN be good and not evil and disgusting like I previously thought. 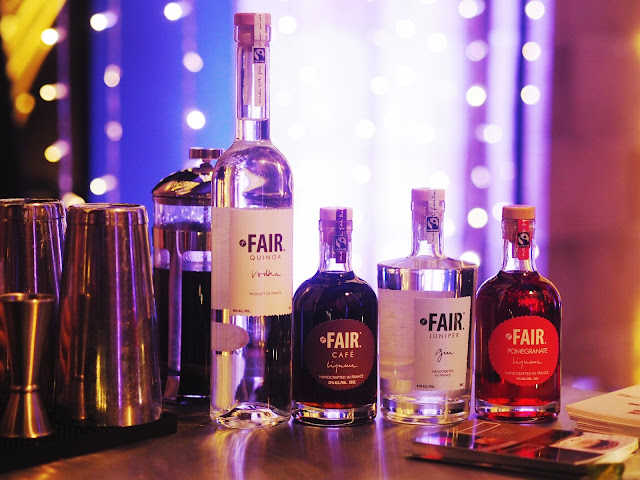 Next we headed to the Boozy Cow pop-up; I read about their cocktail, Pop Ya Colla, and thought it sounded completely insane so we just had to try it out. They teamed up with Naked Grouse, which didn’t appeal to me at first BUT they added a twist. They infused it with caramel and added all sorts of sweet amenities to take away from the usually very bitter taste of whisky. It was topped with vanilla foam, caramel popcorn and caramel sauce and served with a slice of caramel shortcake. It sounds ridiculously sickly but it went down a treat, it was really smooth and the taste reminded me of a caramel latte. It was my boyfriends favourite drink of the night, it didn’t taste bitter or burn your throat like whisky usually does, and I need to get my hands on the popcorn they topped it with because that was phenomenal. Why do both the first drinks I mention have popcorn involved with them? 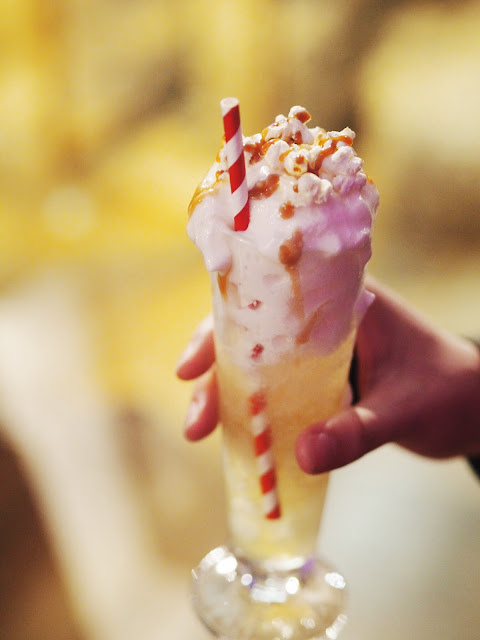 I was drawn to the Treacle pop-up because of the massive Chambord flowery…thing they had out next to it. I just remember being drawn to almost every single pop-up because of how amazing they all looked – everyone really pulled it out the bag. The promise of a Peach & Raspberry Swizzle also drew me to the Treacle area, it sounded like something I definitely needed to get my hands on. It was basically a slushy with a nice straw, in a nice glass, with a side of sweets, and it was absolutely incredible. I’m pretty sure I downed it in about 3 seconds because you couldn’t really taste the alcohol, and I’m definitely sure it went straight to my head. The peach was so strong and it blended perfectly with the raspberry, I’m honestly dribbling just thinking about having another one of those. It was up there in my top 3 drinks from the evening. 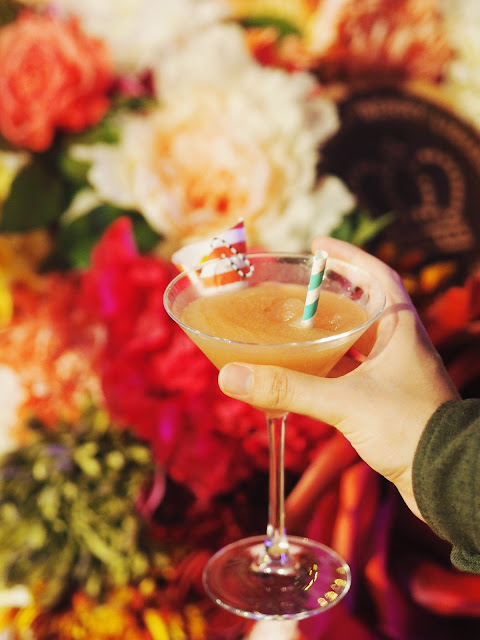 I let my boyfriend pick the next drink since I kind of commandeered the previous 3, and he went for the Banana Bread Old Fashioned from The Blackbird, who created several cocktails with Jack Daniels, the Jack Daniels in this cocktail was infused with banana bread. I was slightly unsure of this one at first because I’m pretty sure it was just pure alcohol with no mixer, so it was really strong but it got a lot nicer the more you drank it, which was obviously me just getting a lot more drunk. It also came with an ‘edible’ perfume swatch that Max literally tried to bite. I can’t take him anywhere. The bartender from The Blackbird was so funny and lovely, and he provided me with my favourite photo from the whole event so I hope he gets some credit for that. 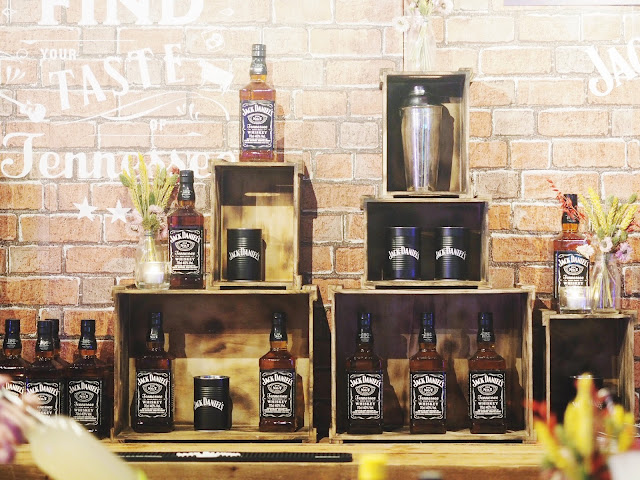 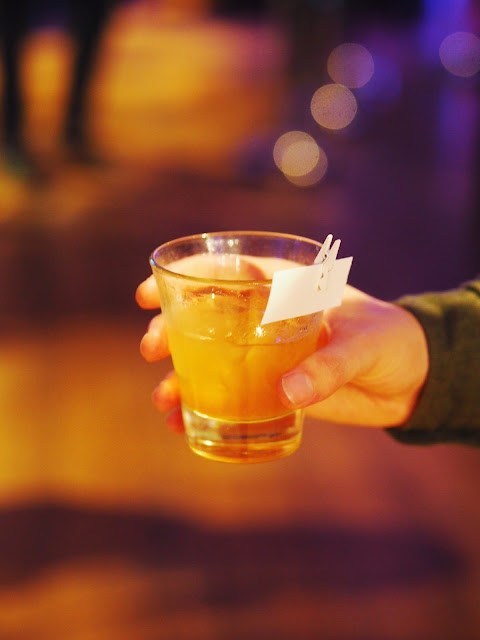 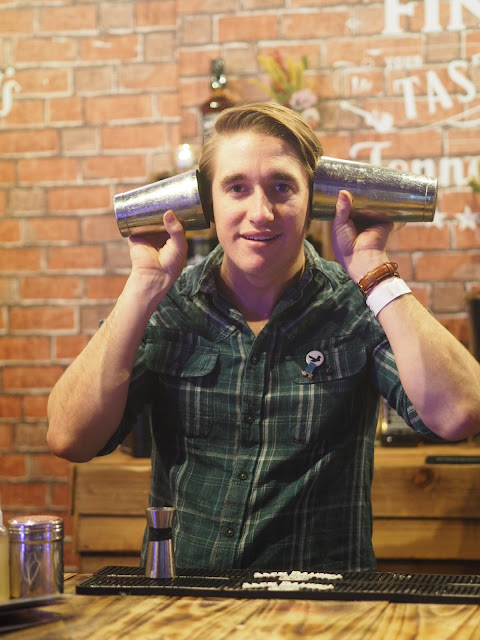 At The Blackbird I was chatting to a woman who was working over at the 56 North pop-up and she was telling me about their drink that they created with Sipsmith gin – Sloe Lemon Drizzled. The lemon drizzle infused Sipsmith gin is exclusive to M&S, and it’s delicious. Lemon drizzle cake is my favourite and whilst the cocktail tasted a lot like it, it definitely wasn’t as sweet. I think I drank this one the quickest of them all, AND it came with a pick’n’mix. 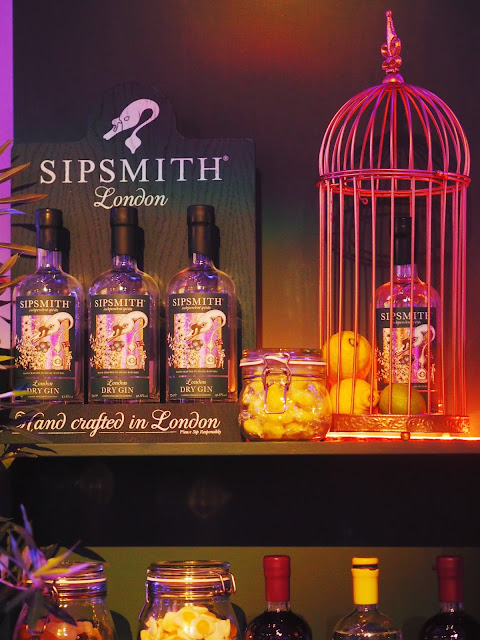 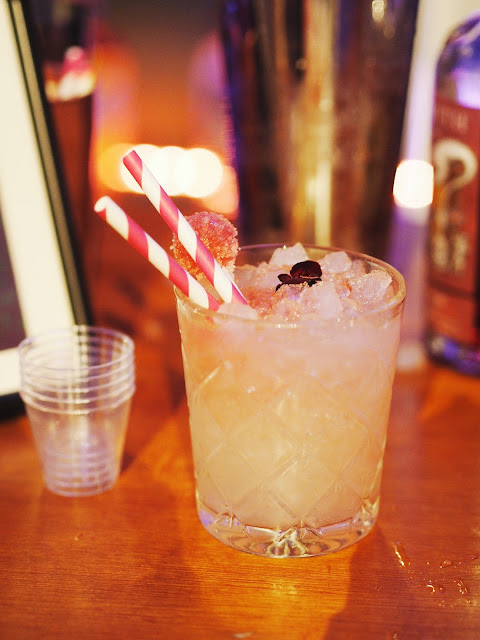 The last place we visited was Angels Share, for a duo of festive amazingness. They teamed up with Kettle One Vodka to create Mulled Apple, and a raspberry cocktail that’s not named in the little booklet I got and I was obviously too drunk by this point to take any notes. The raspberry one was so tangy and refreshing, I really like vodka so I just drank this like juice because my brain is so used to the taste of vodka that it just doesn’t recognise it anymore.

Everyone was describing Mulled Apple as Christmas in a cup, which was absolutely true. I was in such a festive mood after that one, I was told it tasted like eggnog but I’ve never had eggnog before so I can’t say if that’s true or not. It was a really smooth and sweet drink though, quite cinnamon-y, but by this point I was starting to feel quite sick and I knew I’d reached my limit so I couldn’t finish that one. The guys from Angels Share were hilarious and I’m not sure if it was because I was a little out of my mind by then, but they made my night and were my favourites to chat to. 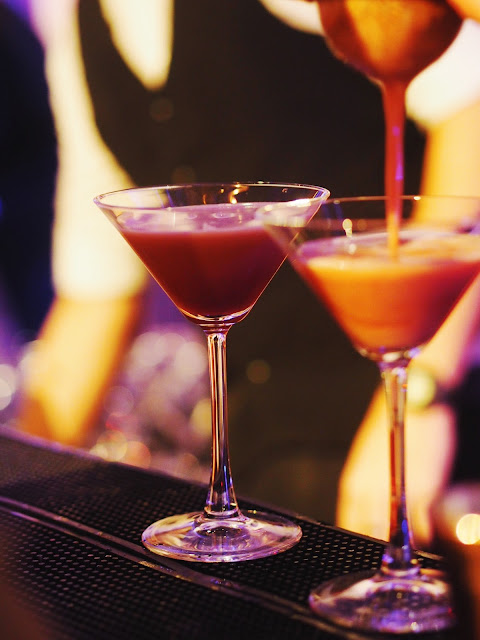 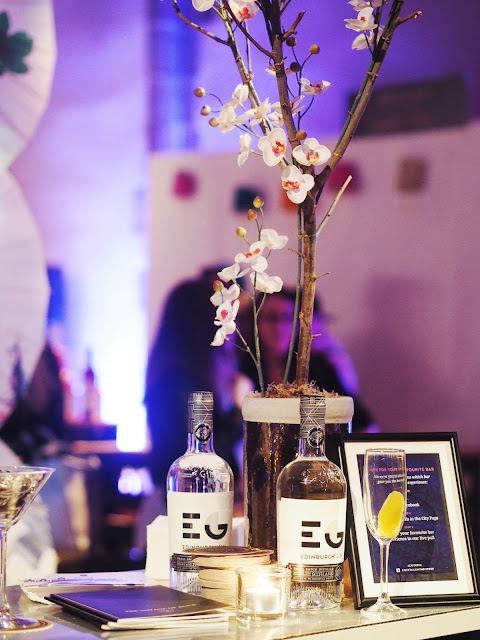