I did a poll on Twitter last week asking if anyone wanted to read about my experience with the Depo injection as a sort of follow-up post on my one about the pill and a lot of you said yes, so here we are. If you want to read my post about my experience with the pill, you can find it HERE. I’ve also asked a few other people to share their experiences on the injection, because I know that I like to hear the different sides to the different contraceptive methods, so I assumed everyone else would as well.

I’ve been on the Depo injection for about 5 months now, and compared to the pill it has been a walk in the park. On the pill I was this permanently angry, irritable dragon-type human that would just stomp around being angry at everything, and I didn’t realise it was the pill doing it for a long time. Coming off it was the best decision I ever made, but deciding where to go next was slightly trickier. I considered the implant, but I’d heard so many horror stories of it being stuck in your arm and the doctor having to hack it out so I somewhat dismissed it. Also wasn’t keen on something being stuck in my uterus, and I absolutely was not going to get another pill, so that left the injection. 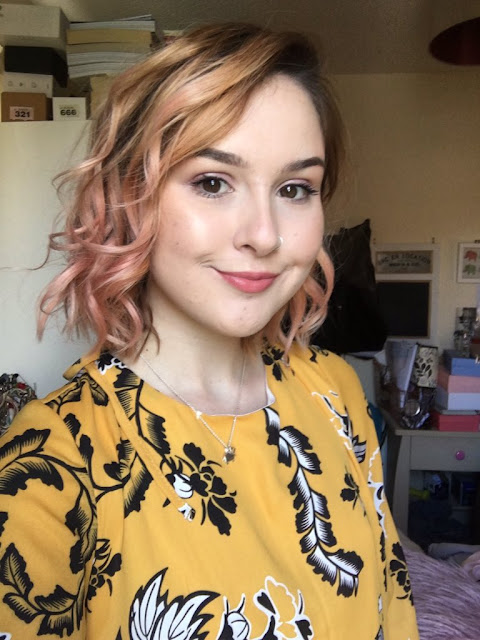 You don’t have to worry about contraception for 12 weeks after you get it, and then you just pop along for your other one and that’s another 12 weeks done. It does hurt your bum cheek and I do complain about it all day, and most of the next day, but it’s bearable. Just don’t get it late. I got my second one a few days later than I should’ve, and thankfully they could still give me it, but I have been on my period permanently since then. Some days it’s light, some days it’s heavy, every day it’s hell. As for the other side effects, I’ve not had many. I do have quite a bit of acne at the minute but I think that’s more related to the never ending period I’m having at the minute so hopefully when I get my next one (on time), it’ll stop. My moods have improved by a million and now I’m only angry some of the time, but I’m slowly getting back to normal after a hellish few years on the devil pill. 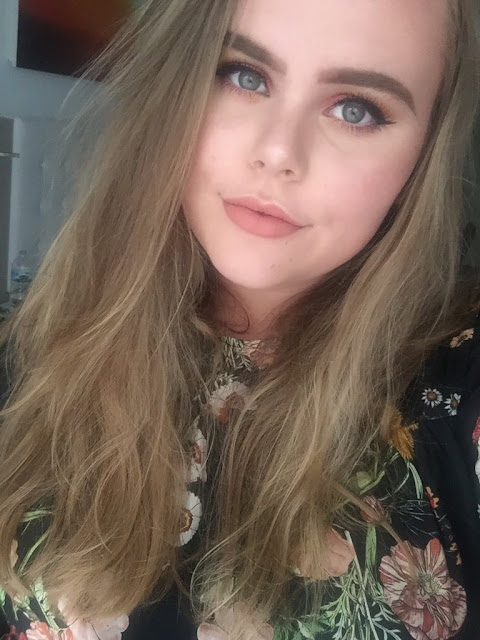 After countless multiple week long periods and crippling cramps, I decided enough was enough and I need to seek some form of contraception to ease my periods. After being on the pill for a year or so I decided it was not the method for me as it regulated my periods but did not subside the cramps. I tried pain relief and prescription medication but nothing would ease the cramps which would often make me bed bound for days.

I think the depo injection is one of the best decisions I’ve ever made. I love that I do not have to take a pill everyday, I only have to visit my GP every three months. There was also a risk for me redeveloping a ovarian cyst I had previously had which required an operation. If this worries anyone I can say I have been using this form of contraception for a year and a half without occurring any issues. I also came across no side effects in comparison to the pill where my cramps actually got worse.

I have dabbled with the Depo injection since my late 20’s. Now 39 with a 5 month old I am back on it and I have to say that I have been affected by none of the possible side effects I was warned about. I never put weight on, in fact, I have occasionally lost weight on the injection, with really bewildered to my regular nurse.

I must admit though, throughout my mid to late 30’s I did take a year off the jab here and there. Just to make sure my body was still in good working order. It would usually take between 9 and 12 months for my periods to start up again. But they would start up normally, as they were before I started with the injection. I guess I am really lucky.

On a side note though, I do have a friend who has been diagnosed with rheumatoid arthritis at 33, after being on the injection for a number of years. I don’t know if there is a confirmed connection, but they do test for it every so often, which raises alarm bells. That would be my only worry about staying on the injection, although I do try to take cod liver oil and calcium supplements in the hope that it will counteract any problems. I just find the jab so convenient, with a hectic lifestyle, as I genuinely believe I would be forgetful with taking a pill every morning. A small pinch in the fleshy bum area every three months is the easiest option for me. 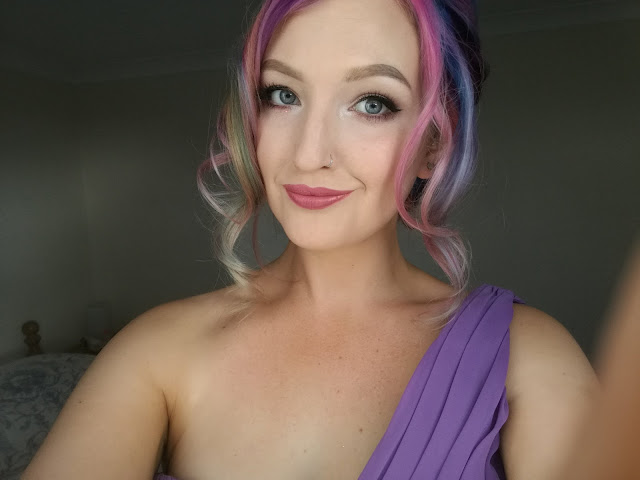 Hi I’m Mia and I moved from the pill about 6 years ago now. I went for a discussion with the nurse in my practice about alternative options, I didn’t want the coil and I was between the injection and the implant, I’m lazy so I wanted something I wouldn’t have to remember so was leaning towards the implant but everyone has heard the horror stories of it not working etc, I voiced concerns to my nurse about this and she suggested two injections 10 weeks apart then have the implant fitted within the next two weeks as apparently it had shown good success in stopping all bleeding so that was what we did.

It did stop everything for me and then I had my implant fitted, I had no issues slight discomfort but it was done and sorted. For two years I was period free then I started to get some bleeding, after discussing my options my doctor changed my implant early to see if it would stop the bleeding again for me, changing it wasn’t too bad, it had got stuck a little so required a bit of a scalpel to loosen it up but it was only a slight tug I could feel and no pain. The new one was immediately placed in so minimal scaring occurs. The second implant didn’t stop my periods completely again but I do just have small irregular bleeds.

For me I choose this over remembering to take a pill. I’m actually having my third implant fitted in a few months time. I chose the implant over injection long term as the injection can effect fertility in future and takes longer for it to return. 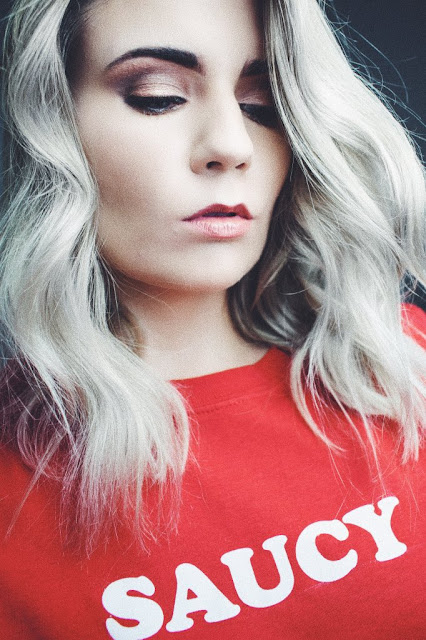 The depo injection pretty much ruined my body. After the first month, my period disappeared and it stayed that way for the whole time I was on it. I mean, yeah, no period is great BUT you still get that groggy period feeling just without the blood.

After a couple of months on it I started to notice massive mood swings, which would always be accompanied by hot flashes and more often than not, I’d have a massive row with someone. The moment would pass and I’d be left feeling like a complete bitch, then tears followed shortly after. I couldn’t control my temper OR my appetite.

I was always a very small girl, 5ft, about a size 6/8. On the depo I quickly became a size 12, in a matter of months. I have no problem with weight gain, but it was a massive amount in a short space of time, and all I craved was junk food. I also lost all interest in sex, literally had no interest in it anymore. I came off it after a year, and went onto the pill and things did improve. The depo is not something I’d recommend to any girl, it’s just not worth the hassle. 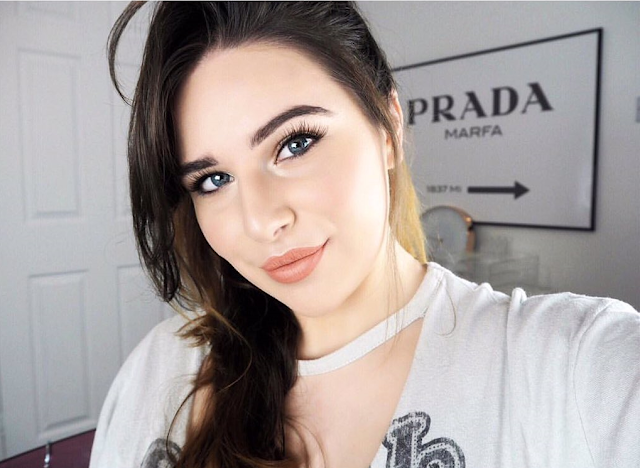 The Depo-Provera jab. A true life saver, an intense weight-gainer, and yes, it stopped me getting pregnant for three months, but it also made me put on nearly three stone. So rude.

Although the ballooning of my body wasn’t fun, it wasn’t the worst of the side effects. I could write a book on the ones I was blessed with, which included mood swings, loss of my sex drive, and generally just being twice the size as before, but the one that has taken its toll the most, both physically and mentally, is that even though I’m ready to start trying to conceive, my body isn’t.

Now, doing my research, although a little too late, I realise how common & difficult it is for our bodies to regain reproductive function after coming off the Depo-Provera jab, because this gift us ladies have has been suppressed the whole time, and it’s heartbreaking to think how little information and knowledge was out there when I made the decision to skip the pill every day and take the “easier” option. Looking back, if I could rewind a year, I would definitely make that daily alarm reminding me to take my pill, instead of this reality I’m dealing with now.

I hope some of you found this useful and informative – contraception is such a tricky topic but the more we discuss it and the effects of it, the more we’ll be able to make informed decisions about what’s right for us.

Have you ever tried the depo injection?

Why i love this time of year