I think one of the hardest things ever is coming back from not writing for a little while and trying to get back into it. I’ve been staring at a blank page for so long trying to remember my actual writing style and how to start off a blog post – so instead of actually doing it, I’m just gonna talk about the fact that I can’t do it.

You may or may not know that I am not long back from Budapest and I had the most amazing time, I’d never been anywhere like it before. I usually just go for like poolside holidays and explore where we stay twice over the course of however long we’re there for, so being up and at it all day every day definitely took its toll on me and I will probably be permanently exhausted until I can sleep for a full 24 hours. 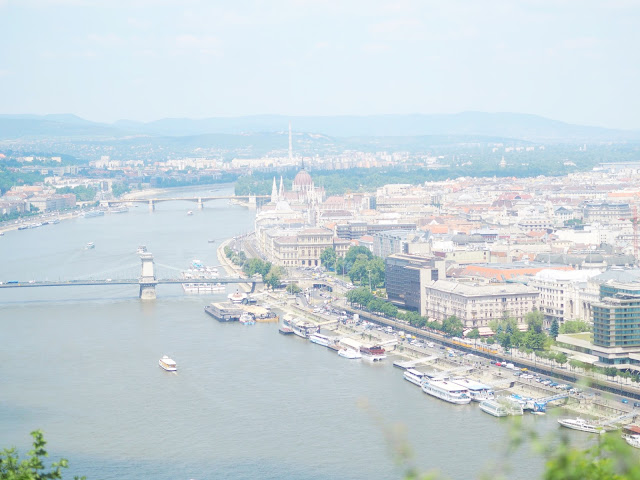 GELLERT HILL
I was originally going to a sort of countdown to my favourite thing that I saw whilst in Budapest but I decided I was just too excited to wait to write this one. We did Gellert Hill on about day 6 and I’ve not been able to stop thinking about it since. Gellert Hill is on the Buda side and you literally can’t miss it – it is just a massive hill with a pretty graceful statue on the top. When I first saw it, I thought ‘no way could anyone ever climb up that’. Little did I know, several days later I would do just that. In 30 degree heat, it ain’t no picnic. 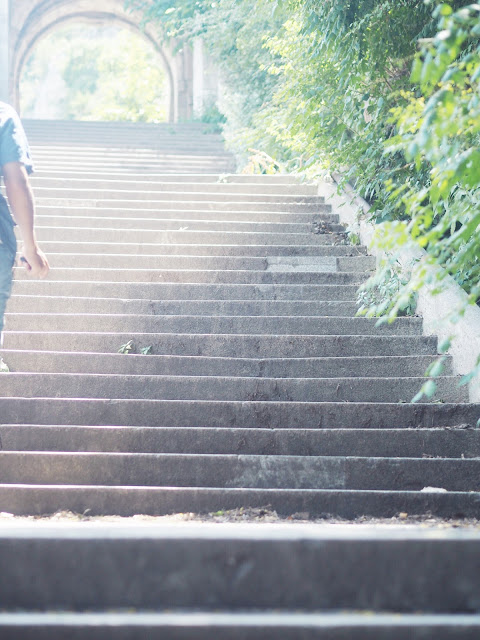 I think you are able to get a bus or something up to near enough the top of the hill, but I think it’s so much more rewarding when you climb it yourself and you can die a little bit at the top, but whilst looking at the most incredible view I have ever had in my life. Honestly, it was just breath-taking and I wish I could have that view in my eyesight permanently. 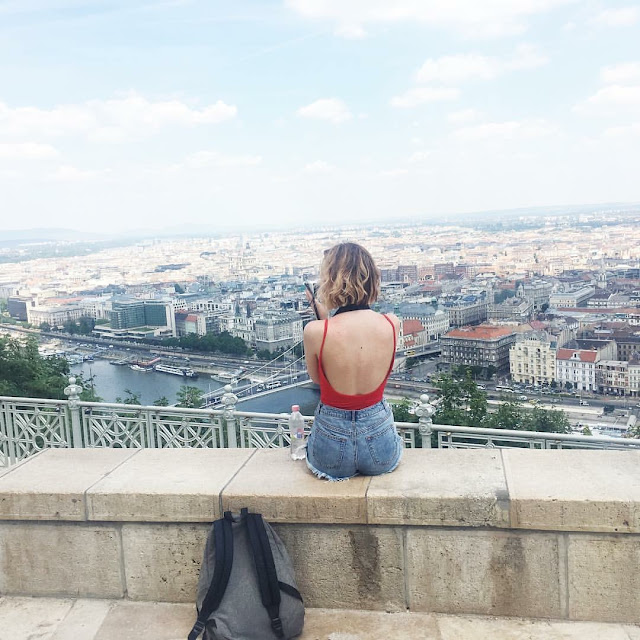 TOP TIP: Do not take one bottle of water/juice to share between you and your boyfriend. He will hog the juice and you won’t get any more until you get to the top of the hill. (There is an overpriced little café and lots of tourist market stalls at the top)

CASTLE DISTRICT
Also on the Buda side, the Castle district provides some of the most incredible architecture your eyes will ever see. From the Pest side, the whole area just looks amazing and it’s even better when you’re over there. We crossed Chain Bridge and from there we got a little castle bus tour to the places we wanted to see – mainly the Fisherman’s Bastion. I will admit that originally we thought the Bastion was the massive, spike shaped tower – turns out it wasn’t but we didn’t care because the view was spectacular. 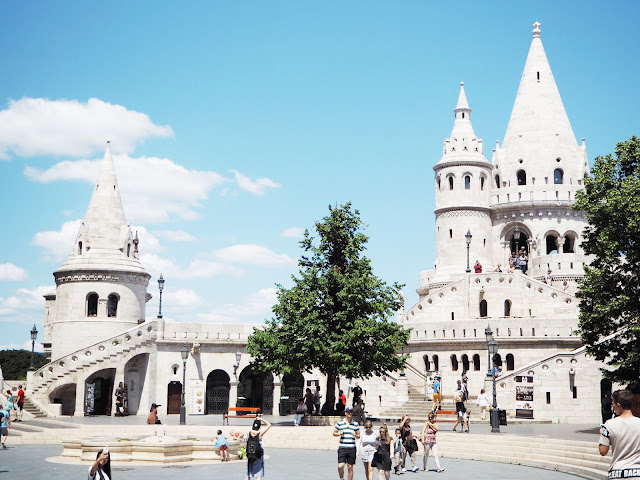 With the castle bus, we had the option to hop on and off 3 times; we were given a little map of the places it stopped at and decided where to get off and where to walk to, to make the most of our time in Buda. I’d definitely recommend the castle bus to everyone, although you don’t get the experience of walking up yourself, it saved my feet and my back from an otherwise horrible fate. 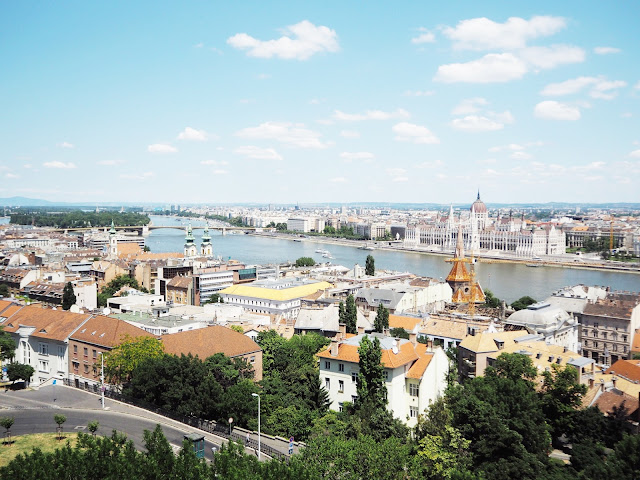 TOP TIP: Do not get off the castle bus because an old German couple are complaining that 4 buses have gone past with no room. Stand yo’ ground and do not let those grumpy oldies take your seats without saying thank you.

HISTORICAL MUSEUMS (HOUSE OF TERROR & HOSPITAL IN THE ROCK)
We didn’t really know about either of these until we arrived but boy, am I glad we read into them and decided to visit. These were both surreal educational experiences and taught me so much about Hungarian history. The hospital in the rock is exactly what the name says – it is a hospital built into a rock and into the underground cave system. It was used as a hospital during WW2 for both Hungarian and Soviet soldiers and then also as a nuclear bunker throughout the Cold War. There was also a very harrowing exhibit about Hiroshima and Nagasaki which featured some real items from the sites (the most hard-hitting for me was the little girls lunchbox, the girl was never found) and also drawings done by survivors of the bombings actually taking place. 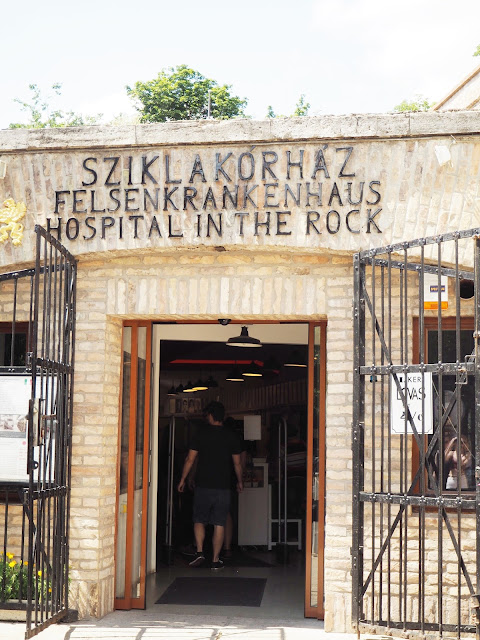 The House of Terror shows the extent of the relationship between Hungary and Nazi Germany and the Soviet Union. It’s also a memorial to all the victims who were killed in Hungary as a result of these regimes – mostly those who were held and tortured during interrogations in the building. As you walk around, you take a piece of paper that has a bit (or a lot) of writing on it relating to what you’re seeing in that room. Both of these museums were completely jaw-dropping, knowing what has happened in the buildings and being able to see some of the rooms how they were when they were being used left me with quite a sad, empty feeling; similar to that of the Anne Frank Huis in Amsterdam. 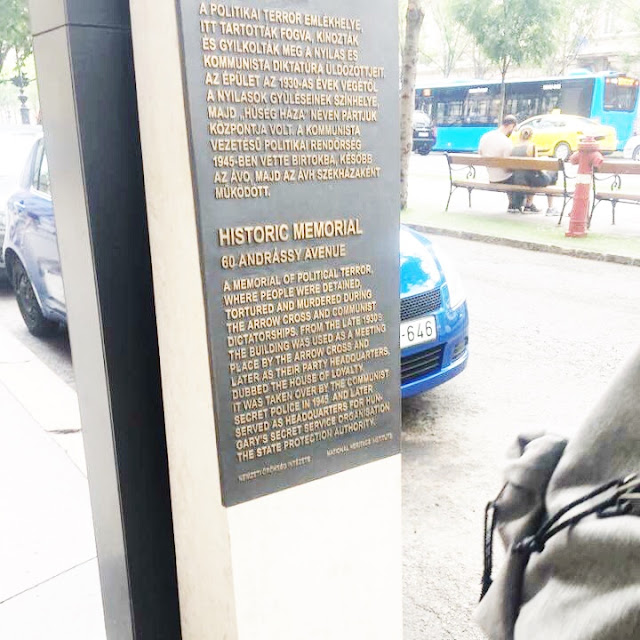 TOP TIP: it might be warm outside but bring a hoodie or cardigan with you to the Hospital, it gets pretty cold down there! Although they said the temperature is permanently 18 degrees Celsius so you might need to use one of the jackets they have on offer, which just made me and Max laugh because we’re from Scotland and 18 degrees is our summer.
SZECHENYI BATH HOUSE 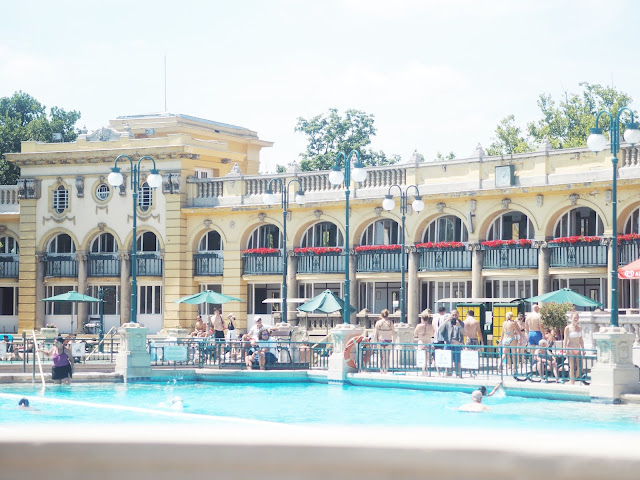 You cannot go to Budapest and not visit at least one bath house, it would be inhumane. We opted for what is, I think, the most famous of all the bath houses – the Szechenyi bath house. We dedicated a whole day to the baths, so we could relax and sunbathe and accidentally get really burnt cos you fall asleep. We didn’t spend much time in the actual baths but even just being there and taking in the architecture and the beauty was enough. 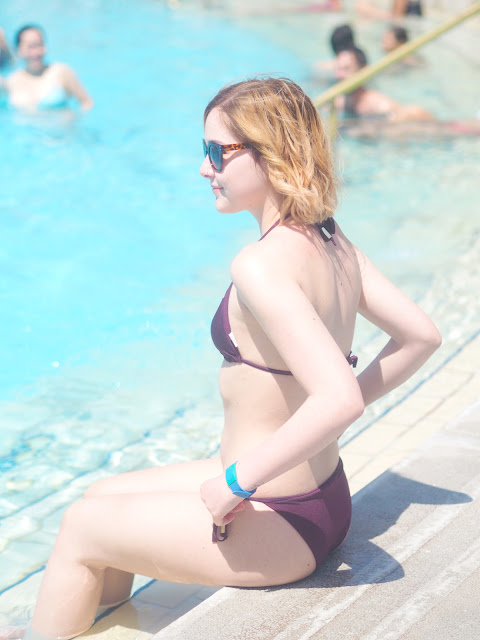 There’s 3 massive outdoor pools – two thermal baths for just chilling out in, and one for actually swimming with the lane dividers and such. The surrounding slabs are pretty much first come first serve, you grab a sun lounger from a stack and the side and just plonk it wherever you see fit; remember to adjust it with the sun though for optimal tanning opportunities. 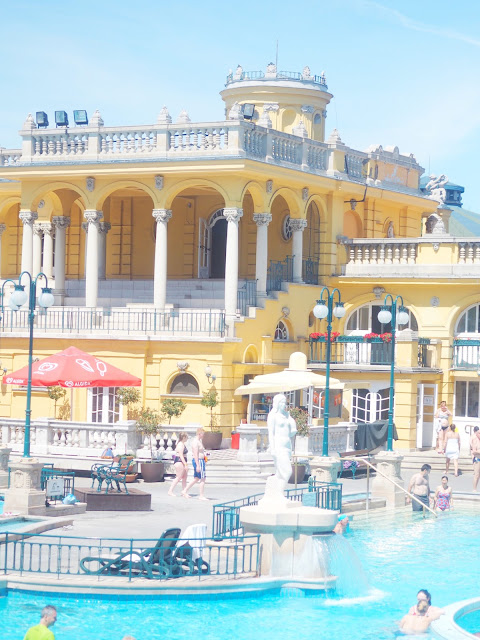 TOP TIP: Take flip flops because you don’t want to end up like me and have to go into the bathroom bare foot.
MARGARET ISLAND 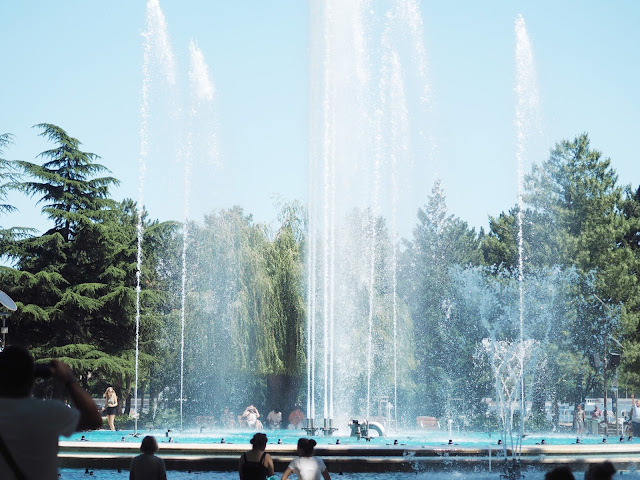 This island is a little piece of land in the centre of the Danube which you can access by bridge or boat – there’s some lovely little towers and a fountain that does water displays to various songs. We walked the whole length of the island trying to find the Japanese Garden – we were kind of disappointed by what we found but we aren’t in blossom tree season anymore, so that’s to be expected. We then trekked all the way back down to find the rose garden, which I completely loved because roses are my favourite flower. I did not love the gardeners and builders that stared though. 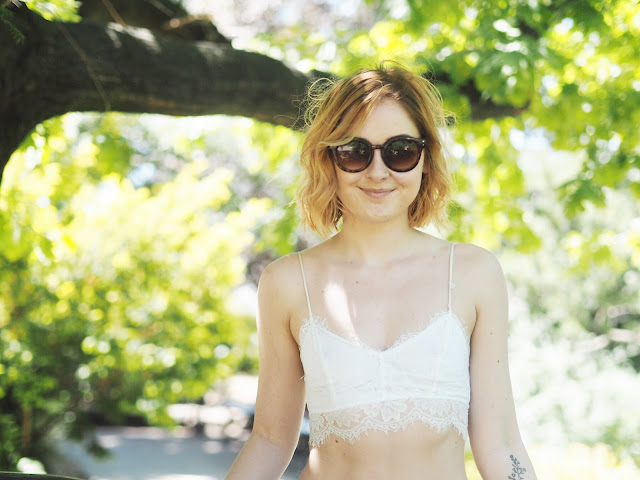 There’s also a mini zoo on the island, thermal baths and lots and lots of ruins – it’s the perfect place for bloggers and photographers alike to get stuck in and come out with some really beautiful pieces. There’s also the massive Budapest sign which, if you don’t get a photo with, did you even go to Budapest? 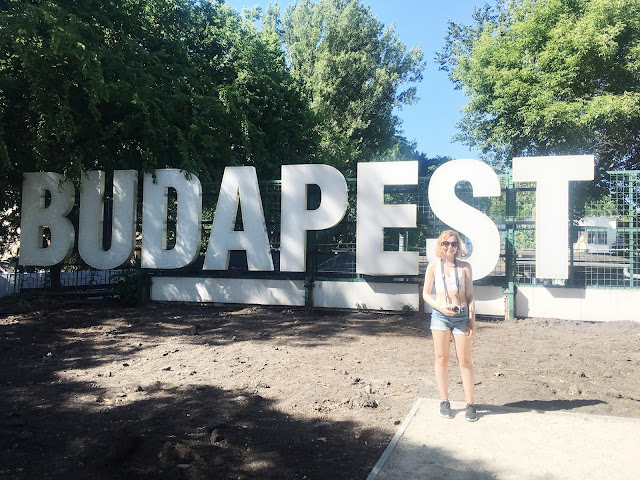 TOP TIP: Don’t eat lunch at the first place you come to, it will be crap and make you think you have food poisoning. (For further info, such as the name, please DM me so I actually Google it, otherwise we’ll never know)

If you do even just one thing from this list, let it be Gellert Hill. Honestly, it’s not comparable to anything else. Just the sheer relief you get at the top knowing you’ve worked hard to get there and can appreciate the view in all its glory.

I hope some of you found this little guide useful – I’m still trying to squeeze more content ideas out of my holiday so that it might inspire some of you to take a trip to Budapest! If you do go, tag me in your photos! I’d love to see what everyone else gets up to.

Have you ever been to Budapest?