You ready for the longest, rambliest post of all time? 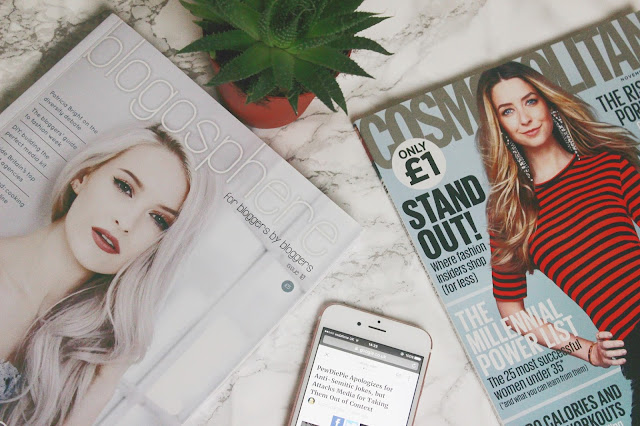 I feel like this can be quite a controversial topic, but I wanted to just get my thoughts out there because it’s something that’s been bugging me. I apologise if this post comes off as a bit too rambly – I sent it to my boyfriend and he said it sounded very complain-y – but I’m a rambler at heart.

I was partly inspired to write about this by Pewdiepie and the apology video he posted. I’m not gonna pretend I know what that was all about because I really don’t, but I did watch the video and it got me thinking about how bloggers are portrayed in the media. So I’m gonna write about it, because I can do that because I have my own little space on the internet. It’s still cool. In the video, he speaks about the ways in which the media have written about him, most of it lies according to him. I will link the video below in case anyone wants to watch it – it’s a good watch and Felix is actually quite funny.

I think we can all agree that bloggers and vloggers are mostly disliked by the media, which then influences others to jump on the bandwagon and begin to dislike the profession. Blogging is too often seen as ‘not a real job’ and bloggers are slated throughout the media and social network sites when we work with brands – despite having worked insanely hard to get to the stage in our blogging careers where brands actually reach out to us and want to work with us. We are complained at for being sent products; even though we follow the rules and always disclose if it’s a paid post. If only the same thing could be said about celebrities working with brands – I am yet to see a celebrity disclose a paid ad. It strikes me as odd that this is seen as okay, but if a blogger wants to earn their living by working with a brand, it seems as though it’s not allowed.

Despite this, not all media outlets are against bloggers and vloggers. Blogosphere Magazine is written by bloggers, for bloggers, and features some of my favourite influencers month after month. They show us in our true light; hard working and determined, as they know themselves the struggle of being a blogger. Various other influencers have been featured amongst other magazines but the interviews don’t have the same tone to them as Blogosphere interviews do. 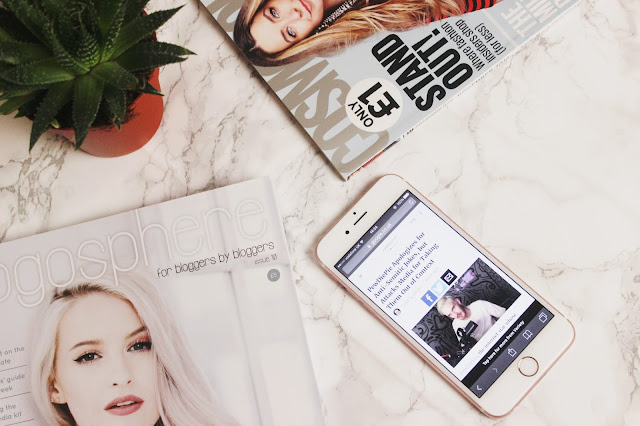 I definitely get the impression that everyone thinks blogging is the easy way out of getting a ‘real’ job. Unless you are a blogger, you won’t understand how much time and effort actually goes into perfecting your content and your image – to the outside world it seems like the easiest career in the world because it’s just writing and taking some photos and bloggers/vloggers can’t be bothered to try anything else. What they don’t see is the endless amounts of planning, writing, photographing, editing, graphics, coding and SEO. Let’s not even discuss how much hassle buying your own URL is because I’d rather not relive that. Photography is the hardest craft in the world. If all the journalists writing crap about us spent just a day with a full-time blogger, I doubt they’d have the same view. We work stupidly hard at perfecting our craft, just as every other profession does. It seems to me like it’s just jealousy; full-time bloggers and vloggers are doing their passion as their profession, which not many people can say. I will admit being a full-time blogger would be the perfect job although I just can’t do it at the moment, but does that mean I’m going to slate bloggers who have managed to go full time? No it does not.

I think it’s difficult for the older generation to understand blogging as a paid job, because nothing like that existed in their day. I feel a little embarrassed when I tell people I have a blog and I still refuse to post about it on Facebook, for fear of judgement. It feels really stupid to be almost ashamed of my content – sometimes it still feels like I’m pretending and I’m not a ‘real’ blogger. I like that the community has grown so much, because of the stigma around bloggers created by the media, we have to stick up for each other and our profession. We all make our own way in the world. If you work hard enough at it I fully believe you can have a career as a full time blogger. If you don’t even try, don’t hate on those who do. It would be like complaining about a doctor with a pHD when you’re studying Business. If you want it, go get it – if you don’t want it, don’t get in the way of those who do.

I guess the long-winded point I’m trying to make is that we work damn hard to get noticed by brands and full-time and part-time bloggers are badasses for working that hard to get to that stage; we can’t let the media and other people stand in the way of our dreams and aspirations. This was quite a tangent that I went off on.

How do you feel about the way bloggers are portrayed in the media?

What if i’m not a badass girl boss bitch?